There Are 377 Public Clinics & 101 Private STD Clinics Near You

If you're looking for cheap std testing clinics in the Woodland Park area to get a HIV, Herpes, Chlamydia, Gonorrhea, Syphilis or Hepatitis screening for yourself or your partner, you can get tested today by selecting an option below to find an affordable std test clinic near you.
Same day std testing locations also available with results in 1-2 days. Learn more here.

There Are 377 Public Clinics & 101 Private STD Clinics Near You

If you're looking for cheap std testing clinics in the Woodland Park area to get a HIV, Herpes, Chlamydia, Gonorrhea, Syphilis or Hepatitis screening for yourself or your partner, you can get tested today by selecting an option below to find an affordable std test clinic near you.

Questions about STD Testing?
Call at 1-800-666-1250 ( 8AM-5PM MON-FRI )
Call at 1-800-666-1250 ( 8AM-5PM MON-FRI )
COMPARE TESTS AND PRICING FIND A CLINIC IN Woodland Park
DISCLAIMER
Safer STD Testing is an informational referral website. It refers customers to nationally reputed private STD Testing service providers (“Preferred Service Providers” or “Advertisers”). Safer STD Testing is not a medical or healthcare professional facility or a provider of any medical or healthcare services. Safer STD Testing gets compensated on net purchase of products or services by our users referred to such Preferred Service Providers. Click here to read our full disclaimer.

What are the STI test options in Woodland Park,NJ?

A similar trend was observed in the case of new Gonorrhea infections. In 2017, there were 741 positive diagnoses, which reduced to 709 cases in 2018. However, there was a sharp increase in 2019, where 735 cases were recorded.

However, new Syphilis cases followed an upward trajectory within the same period. In 2017, 11 cases were diagnosed while in 2018, there were 16 diagnoses. There was a rise in the number of cases since 18 positive infections were reported in 2019.

The county’s HIV and STD Division provides community-based networks with resources, education, counseling, and medical assistance to people living with HIV or STDs as well as those at risk. They also provide screening, treatment, and surveillance services to help mitigate the spread of HIV/STD.

St. Joseph’s University Medical Center, University Health and Urgent Care, Totowa Immedicenter, and Planned Parenthood - Paterson Health Center are some of the facilities where you can access HIV/STD services.

Even though free STD testing may be available, you may need to book an appointment. Additionally, some clinics may lack multiple payment methods.

Description: Services provided free of charge to anyone from the area. No residential requirement.

Description: Social Service Organization. If you are uninsured, you may qualify for a state-funded program or a lower fee scale. Please bring the following documents: photo ID. Fees for services are based on your household income. Please bring proof of income when you arrive for your visit. Only open the 2nd and 4th Saturday of the month

Description: Social Service Organization. If you are uninsured, you may qualify for a state-funded program or a lower fee scale. Please bring the following documents: photo ID. Fees for services are based on your household income. Please bring proof of income when you arrive for your visit.

Please use the map to find a public clinic in Woodland Park, New Jersey
GO TO CLINIC LISTINGS ABOVE
STD STATISTICS

The health center delivers free STD testing solutions to men and women regardless of age.

After getting a positive diagnosis for Chlamydia or Gonorrhea, the staff will counsel you, assess your needs, and refer you to an infectious disease specialist to get the care you need.

Lighthouse Pregnancy Resource Center is open on Saturdays to attend to your medical needs if you can't manage to book an appointment during weekdays. You can fill out a form online on the clinic's website or call the staff to schedule your appointment. Also, you may get STD services in Spanish if you understand the language and you don't speak English. 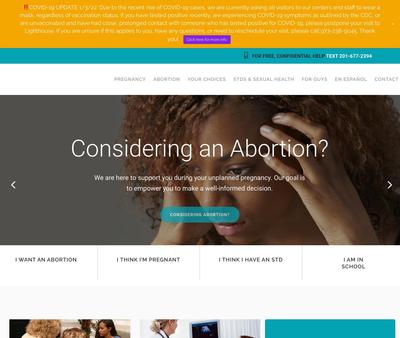 Capco Resource Center is a not-for-profit organization offering case management solutions to individuals living with HIV/AIDS in Woodland Park, NJ, and the surrounding areas. The staff provides HIV services in a non-judgemental environment. These solutions include testing, treatment, and counseling. Additionally, you may also request medical care for HIV-related conditions such as substance use disorders.

You may qualify for the Ryan White Program to get free HIV services if you’re uninsured or underinsured.

After getting a positive HIV diagnosis, the medical team will discuss the importance of adhering to your treatment plan and issue you the appropriate dosage of HIV drugs. Additionally, if you get a negative diagnosis, you may receive PrEP medicines, depending on your susceptibility rate.

Capco Resource Center receives Ryan White funding to deliver assistance services such as transportation, physiological support, and early intervention services to HIV-positive patients. Additionally, you may qualify for the CAPCO Rx 340B Pharmacy program to get medication pick up and delivery services, assistance with Payment of medication co-pays, and all prescribed medications free of charge. 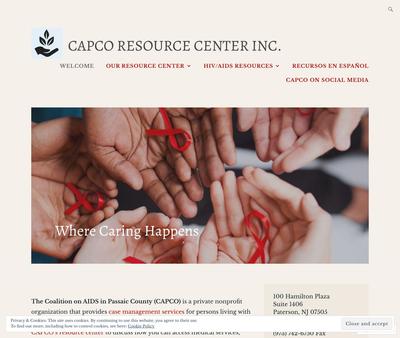 Buddies of New Jersey Inc. is an AIDS service organization that delivers medical and support services to individuals living in and around Woodland Park, NJ. Its medical practitioners are skilled at providing HIV screening and case management solutions. They can also help you if you experience HIV-related conditions such as dental, mental health, and substance abuse problems. HIV test results come out in about 20 minutes.

You can walk into the clinic or book an appointment to get free and discrete HIV counseling and testing solutions.

If you’re HIV-negative and at a high risk of contracting it, a staff member will offer you PrEP counseling and referral services. Additionally, the clinic features experienced HIV specialists that’ll ensure you get the proper medication and adhere to your treatment plan.

Buddies of New Jersey Inc. has Spanish translators to allow patients receive services comprehensively without language barrier issues. It also has food banks to supply non-perishable canned or dry foods to HIV-positive patients. The health center has two vans that ensure you attend all your medical appointments. 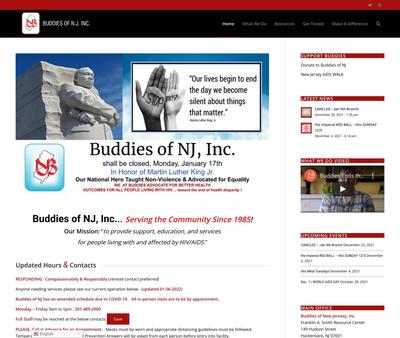 The health center may offer you low-cost sexual health care services, including STD testing after you book an appointment.

After getting positive test results, your assigned nurse may offer you advice on preventing spread to your partners, and afterward, refer you to an STD doctor to receive treatment.

Clifton Health Department has a 24-hour on-call staff to offer you non-emergency medical services upon request. It has a collection of health education resources such as fliers and pamphlets to equip you with the knowledge required to prevent STD contraction or spread. Also, all services at the health center are non-judgemental and confidential. 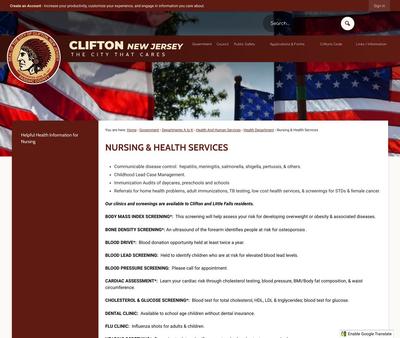