There Are 169 Public Clinics & 53 Private STD Clinics Near You

If you're looking for cheap std testing clinics in the Crestwood area to get a HIV, Herpes, Chlamydia, Gonorrhea, Syphilis or Hepatitis screening for yourself or your partner, you can get tested today by selecting an option below to find an affordable std test clinic near you.
Same day std testing locations also available with results in 1-2 days. Learn more here.

There Are 169 Public Clinics & 53 Private STD Clinics Near You

If you're looking for cheap std testing clinics in the Crestwood area to get a HIV, Herpes, Chlamydia, Gonorrhea, Syphilis or Hepatitis screening for yourself or your partner, you can get tested today by selecting an option below to find an affordable std test clinic near you.

Questions about STD Testing?
Call at 1-800-666-1250 ( 8AM-5PM MON-FRI )
Call at 1-800-666-1250 ( 8AM-5PM MON-FRI )
COMPARE TESTS AND PRICING FIND A CLINIC IN Crestwood
DISCLAIMER
Safer STD Testing is an informational referral website. It refers customers to nationally reputed private STD Testing service providers (“Preferred Service Providers” or “Advertisers”). Safer STD Testing is not a medical or healthcare professional facility or a provider of any medical or healthcare services. Safer STD Testing gets compensated on net purchase of products or services by our users referred to such Preferred Service Providers. Click here to read our full disclaimer.

What are the STI test options in Crestwood,IL?

Cook County Department of Public Health improves and protects the sexual health of residents in its municipalities through research, prevention, and community education. It provides safe sex supplies such as condoms and refers vulnerable HIV-negatives to get PrEP medications as prevention measures.

However, consultation services with a physician require extra costs that can be payable on a sliding fee scale based on income and welfare eligibility.

Description: Need to enroll as a patient in order to receive services. Mondays and Fridays are for telehealth appointments

Proactive Community Services is a community-based organization established in 2005 to bolster sexual and reproductive health among under-resourced communities in the Crestwood, IL, area. The health professionals administer rapid HIV tests that produce results after about 20 minutes. You can also access STI testing in a friendly environment and obtain your results after three days. You can also get chronic disease management solutions for diabetes, high blood pressure, and obesity.

The medical staff encourages the scheduling of appointments before accessing health services. Free testing is available to clients that meet certain criteria. If you do not qualify for free testing, you will receive low-cost services for you and your partner.

The medical staff will offer you HIV and STI diagnostic services, including explaining your results. The staff will then link you to another health center for extra care and social services to help you control or recover from your symptoms. Moreover, you will receive prevention counseling and access to safer sex materials to help you live a healthy life and lower the chances of getting infected in the future. 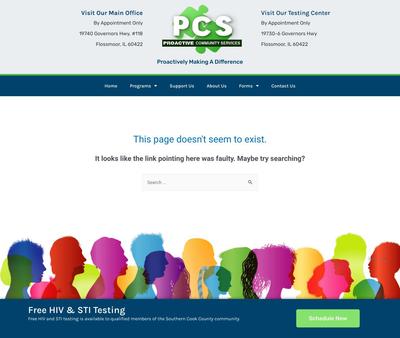 The Aliveness Project of Northwest Indiana

The Aliveness Project of Northwest Indiana was established in 1984 as a volunteer organization to provide HIV and STD prevention and awareness education as a response to the effects of HIV/AIDS in the community. Its health practitioners deliver anonymous, oral swab HIV testing with results ready in about 20 minutes. They can also use the instant finger stick blood antibody method which will produce your HIV results within two minutes. You can also access Hepatitis C screening services.

The medical practitioners deliver free and confidential HIV/Hepatitis testing. The staff doesn’t require insurance from you, and you’ll access medical services on a walk-in basis.

The organization’s medical practitioners will offer you a detailed diagnosis of your medical condition. Afterward, the care coordinators will explain the results to you and refer you to treatment specialists.

Medical Nutrition Therapy is offered via Ryan’s Meals for Life program to all clients enrolled in Ryan White Part B. You’ll also access medically-tailored meals through the program. Additionally, the organization has insurance specialists who can assist you to obtain the fundamental health coverage to get your HIV medication if you’re uninsured. Aliveness Project also engages in various educational outreach programs to create safer sex practices awareness among community members. 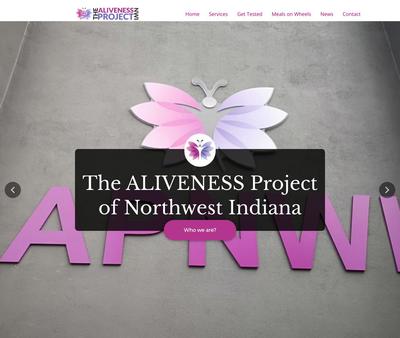 The health center will offer you HIV services regardless of your insurance status or ability to pay. The staff bills public health covers and major commercial insurance plans. If you’re uninsured, the medical team can help with insurance enrollment or offer services at a sliding fee scale. V services are available by appointment.

The doctors will provide you with an in-depth diagnosis of your condition and discuss the best treatment plans then refer you to a specialist for care. You’ll also learn about HIV nutrition and the importance of treatment adherence to help you have a smooth HIV recovery journey. If you get a negative diagnosis and are at risk of contraction, the staff will organize a PrEP referral.

ACCESS provides screening and enrollment in HIV assistance programs such as the AIDS Drug Assistance Program which helps HIV-positive patients access free or low-cost medication. You can use the patient portal to consult with your doctor, access your test results, and manage your appointments. The organization also offers community outreach and prevention education to encourage people to live healthy lives. 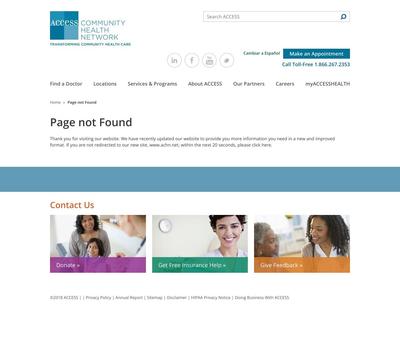 Cook County Health Department delivers healthcare and other essential and supportive services to the communities in Cook County and its environs. The medical staff delivers anonymous HIV/STD testing and treatment to the public. You can also access nursing services such as TB management, immunization, and breast and cancer screening.

You will be required to schedule an appointment before accessing services at the health department. You may access services at little or no cost depending on your condition. The department does not require parental consent if you are 12 years and above and wish to get tested.

Following a comprehensive diagnosis of your condition, the medical staff will provide counseling and treatment to help you recover from your condition. The medical team will help you access referral services if you need advanced care. You can also access PrEP medication if you’re at risk of getting HIV.

Cook County Health Department supplies free condoms via the mail to people residing in suburban Cook County only. It features an expedited partner therapy program to link partners of STD-positive patients to testing and treatment resources. The health department also provides educational materials to create awareness in the community on the advantages of practicing healthy living lifestyles. 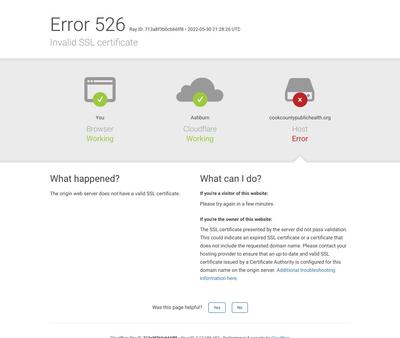