There Are 168 Public Clinics & 44 Private STD Clinics Near You

If you're looking for cheap std testing clinics in the Lincolnwood area to get a HIV, Herpes, Chlamydia, Gonorrhea, Syphilis or Hepatitis screening for yourself or your partner, you can get tested today by selecting an option below to find an affordable std test clinic near you.
Same day std testing locations also available with results in 1-2 days. Learn more here.

There Are 168 Public Clinics & 44 Private STD Clinics Near You

If you're looking for cheap std testing clinics in the Lincolnwood area to get a HIV, Herpes, Chlamydia, Gonorrhea, Syphilis or Hepatitis screening for yourself or your partner, you can get tested today by selecting an option below to find an affordable std test clinic near you.

Questions about STD Testing?
Call at 1-800-666-1250 ( 8AM-5PM MON-FRI )
Call at 1-800-666-1250 ( 8AM-5PM MON-FRI )
COMPARE TESTS AND PRICING FIND A CLINIC IN Lincolnwood
DISCLAIMER
Safer STD Testing is an informational referral website. It refers customers to nationally reputed private STD Testing service providers (“Preferred Service Providers” or “Advertisers”). Safer STD Testing is not a medical or healthcare professional facility or a provider of any medical or healthcare services. Safer STD Testing gets compensated on net purchase of products or services by our users referred to such Preferred Service Providers. Click here to read our full disclaimer.

What are the STI test options in Lincolnwood,IL?

The Cook County Health Department aims to lower the rates of HIV/STD infections by increasing PrEP awareness among county residents at risk of contracting the infections. It has expanded health department-led programs to identify and follow up with people who are not receiving care, and increasing adolescents' access to key health services.

Although you may access free STD testing in some clinics within Lincolnwood, IL, the opening hours and doctors’ availability might not be consistent, and your results might not be immediate.

Description: Community Based Organization. Services for American Indian community and other under-served populations.

Description: Need to enroll as a patient in order to receive services. Open every 2nd and 4th Sat

The medical staff serves all women without bias or judgment. Clients may get low-cost STD evaluation and support services.

Those who test STD-positive may receive medication or prescriptions. However, STD-negative persons could get preventive counseling and materials like condoms and lube. 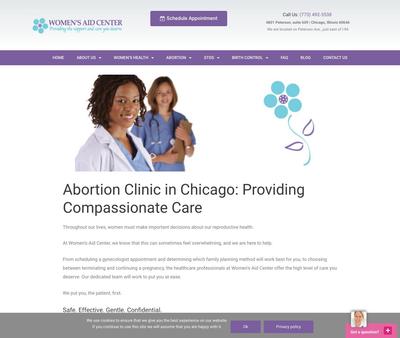 Center on Halsted has a medical team that helps improve the lives of individuals infected or impacted by HIV. Its physicians extend affordable healthcare services, including confidential screening, diagnosis, and linkage to specialized care. Additionally, the staff participates in advocacy and community outreach activities to create HIV awareness and provide information on STD prevention.

Any resident of Lincolnwood may access free, rapid HIV testing. The clinicians can serve you regardless of gender, financial standing, or insurance situation.

HIV-negative persons can acquire condoms, dental dams, and PrEP for prevention. Otherwise, you may get disease navigation education and medication prescriptions if you test HIV positive.

The medical staff effectively and efficiently serves clients in English and Spanish. It also provides support services to PLW HIV/AIDS. Clients may book appointments or walk-in to receive STD tests on any day of the week. 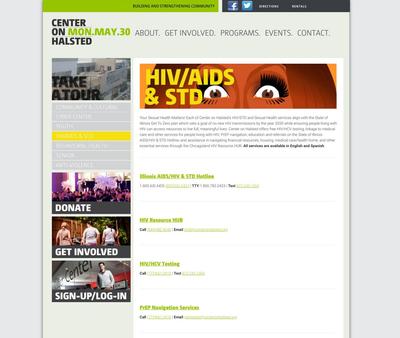 ACCESS Community Health Network has delivered medical solutions and information to underserved communities for over 20 years. Its physicians help stop the spread of HIV by creating awareness and educating people on prevention methods. It also offers affordable healthcare services, including confidential HIV/STD screening and treatment at the Evanston Family Health Center location.

Anyone from Lincolnwood may get low-cost HIV testing and supportive care. You can use insurance health coverage or out-of-pocket methods to pay medical bills.

High-risk individuals who test HIV negative may receive safer sex materials. On the other hand, HIV-infected persons may get medication or linkage to specialized care.

The medical staff educates young adults on appropriate sexual health practices and behaviors through the Youth Education Program. Additionally, it provides the necessary emotional and medical support for HIV-positive persons. Furthermore, the healthcare team can serve you during the extended weekend hours. 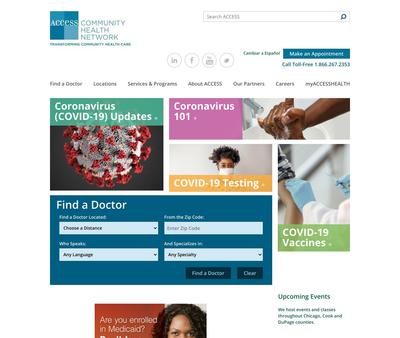 The public health clinic is open to anyone in Cook County seeking medical care. STD screening and treatment services may be at a low cost. Additionally, those below 18 and above 12 years do not need parental consent to access STD services.

The attending nurse may administer medication to those whose tests return positive. However, individuals with negative STD diagnoses may acquire prevention information or strategies.

The medical team enlightens individuals on safe and healthy sexual practices. Moreover, it attends to everyone with compassion and discretion. You can contact the clinicians to book an STD testing appointment. 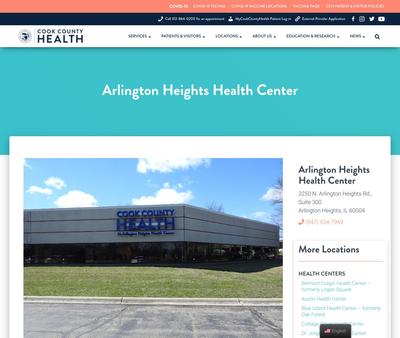