There Are 188 Public Clinics & 67 Private STD Clinics Near You

If you're looking for cheap std testing clinics in the La Grange area to get a HIV, Herpes, Chlamydia, Gonorrhea, Syphilis or Hepatitis screening for yourself or your partner, you can get tested today by selecting an option below to find an affordable std test clinic near you.
Same day std testing locations also available with results in 1-2 days. Learn more here.

There Are 188 Public Clinics & 67 Private STD Clinics Near You

If you're looking for cheap std testing clinics in the La Grange area to get a HIV, Herpes, Chlamydia, Gonorrhea, Syphilis or Hepatitis screening for yourself or your partner, you can get tested today by selecting an option below to find an affordable std test clinic near you.

Questions about STD Testing?
Call at 1-800-666-1250 ( 8AM-5PM MON-FRI )
Call at 1-800-666-1250 ( 8AM-5PM MON-FRI )
COMPARE TESTS AND PRICING FIND A CLINIC IN La Grange
DISCLAIMER
Safer STD Testing is an informational referral website. It refers customers to nationally reputed private STD Testing service providers (“Preferred Service Providers” or “Advertisers”). Safer STD Testing is not a medical or healthcare professional facility or a provider of any medical or healthcare services. Safer STD Testing gets compensated on net purchase of products or services by our users referred to such Preferred Service Providers. Click here to read our full disclaimer.

What are the STI test options in La Grange,IL?

La Grange, IL, is a suburb of Chicago and a village in Cook County. The county’s disease surveillance team registered a spike in HIV infections between 2019 and 2020. The infections stood at 25,623 in 2019, whereas the following year had 25,780 cases.

Even though the county still has a significant number of new HIV/STD infections, its public health officials have been working towards negating the trend through a comprehensive prevention program that incorporates easily accessible screening and treatment options. The program also entails social and support services as well as improved access to prevention education, condom distribution programs, expedited partner therapy services, and PrEP medications.

Even though free STD testing may be available, you may have to seek aftercare prescriptions elsewhere if you test positive. Another thing, your test results may not be available immediately.

Description: Hospital. Services for patients only. Ryan White grant funding available for a period of time for those without insurance.

Description: Community Based Organization. Walk-ins are welcome. We are flexible to work with your schedule

Please use the map to find a public clinic in La Grange, Illinois
GO TO CLINIC LISTINGS ABOVE
STD STATISTICS

Alliance Care360 is open to all Cook County residents and visitors. You may get free or low-cost STD evaluation and assessment depending on eligibility.

Everyone may be subject to confidential counseling before STD evaluation. Later, those who test positive may receive medication, but HIV positive people may get linked to specialist care. Those with non-reactive tests may get preventatives like PrEP, PEP, or safer sex materials.

HIV-positive clients may receive linkage to care and case management services on-site. You can reserve an STD testing slot online on the clinic's website or by a call. Generally, the medical staff is friendly and ethical.

Any community member may access low-cost HIV examinations and related services. The medical staff can take insurance plans and out-of-pocket payment methods such as cash and credit cards, and you may qualify to pay medical bills on a sliding fee scale basis.

Trained clinicians conduct discrete HIV testing, and medication prescriptions or linkage to care services may be available to persons with reactive tests. Also, prevention strategies could be the option for those with negative test results.

The medical staff creates HIV awareness and delivers prevention education and information to the youth through the Youth Education Program. Additionally, persons newly diagnosed with HIV may get linked to specialized caregivers for holistic treatment. You can contact the medical team via phone to schedule an appointment. 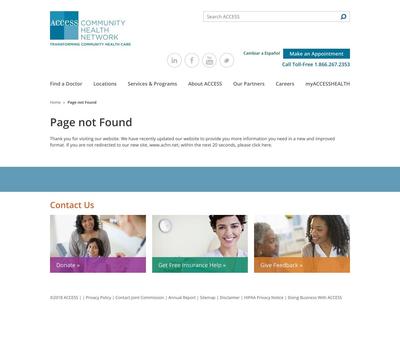 Anyone may acquire HIV testing free of charge regardless of insurance status or income level. However, carry a photo ID during the visit for identification.

After comprehensive testing and a positive diagnosis, the attending nurse may conduct therapy sessions and prescribe medication to suppress the viral load. Alternatively, you may access PrEP services if you test negative but risk contracting HIV.

Healthcare providers offer advanced HIV care. Also, the medical center has mobile vans that deliver HIV screening throughout the county. You can call the medical team to reserve a slot for comprehensive HIV care. 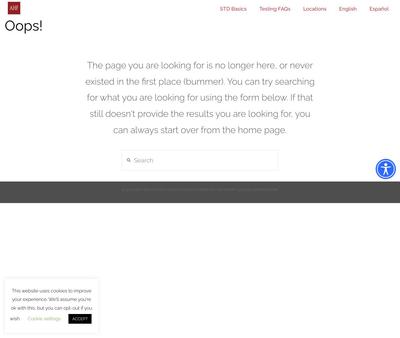 Cook County Department of Public Health creates monitors, controls, and eliminates the spread of diseases to enhance community safety and wellness. It has sufficient equipment and medical professionals knowledgeable on infectious diseases and healthy sexual behaviors. Clients can get extensive STD screening, treatment, and prevention.

Any Cook County resident may access free or low-cost STD examination, care, and support services at the health department. You do not require parental consent to receive medical care if you're below 18 years.

Your clinician may counsel you and provide medication if you test STD-positive. Condoms, PrEP, and PEP may be available to STD-negative clients.

Clinicians may offer Expedited Partner Therapy to the partners of persons diagnosed with STDs. Additionally, the medical team serves clients with compassion. You can conveniently schedule an appointment by phone at a suitable time. 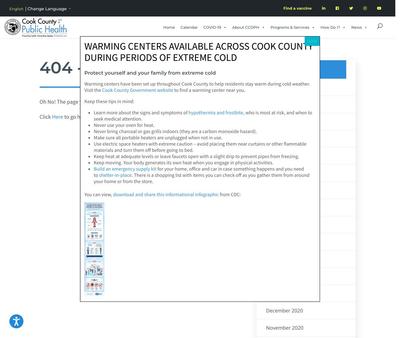