There Are 164 Public Clinics & 64 Private STD Clinics Near You

If you're looking for cheap std testing clinics in the Woodridge area to get a HIV, Herpes, Chlamydia, Gonorrhea, Syphilis or Hepatitis screening for yourself or your partner, you can get tested today by selecting an option below to find an affordable std test clinic near you. Same day std testing locations also available with results in 1-2 days. Learn more here.

COMPARE TESTS AND PRICING FIND A CLINIC IN Woodridge

What are the STI test options in Woodridge,IL?

Illinois is among US states with high STD infection rates. Gonorrhoea is the leading STD in Woodridge, IL at 133 cases per 100,000 persons. Syphilis comes second with 46,042 cases reported in 2011.

Black, Hispanic, and other ethnic minorities lead in syphilis infections among the population. Chlamydia infections in Woodbridge increased to 1,104.6 per 100,000 persons in 2016.

In 2015, Illinois was position 6 out of 50 states in America with the highest rate of HIV diagnosis.

Other STD clinics include Edward-Elmhurst Walk-in Clinic on Jewel-Osco 2317 75th St, Woodridge, IL, 60517 and Lawndale Christian Health Center Belle Whaley Center. You may receive free Std testing in some clinics, but you might have to book an appointment prior to visiting a clinic and wait for some days or weeks before receiving your STD test results.

Not Sure Which Option Is Best For You?
Let us point you in the right direction for STD testing in Woodridge, IL

Please use the map to find a public clinic in Woodridge, Illinois
GO TO CLINIC LISTINGS ABOVE

Statistics reported is based on publicly available data sources such as CDC for DuPage County, IL. Data is normalized to accurately report DuPage County STD Breakdown.

Pillars Community Health is a full-service medical center that provides medical, behavioral, and sexual health education services. The center's history dates back to 1921. They are a federally qualified health center (FQHC) and an independent non-profit organization. In 2017, they received the National Committee of Qualified Assurance (NCQA) Patient-Centered Medical Home level two recognition for quality care.

The health center accepts most insurance carriers, including Medicaid and Medicare. Free and low-cost services might be available to qualified individuals.

Following an appointment, patients may be able to speak with a physician and, when needed, receive a prescription and follow-up care.

Pillars Community Health offers early morning, evening, and weekend appointments. The center accepts all patients regardless of income, age, gender, and sexual orientation, and it's conveniently located at the corner of Calendar Ave and S. Ashland Ave. Parking is available in a public lot across from the facility. 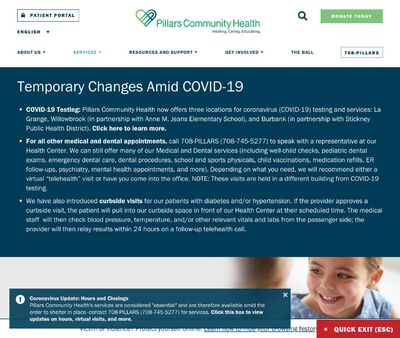 Services aren't denied because of income or health insurance status. Most insurance carriers are accepted. Copayments are due at the time of service. Free testing might be possible for some patients.

Patients can speak to a medical professional following their appointment, and treatment and aftercare services are available when necessary.

This location offers services in English, Spanish, Gujarati, and Bengali. Same-day, evening, and Saturday appointments are available. Transportation assistance is possible for some patients at this site. The building is located in the back with plenty of off-street parking. 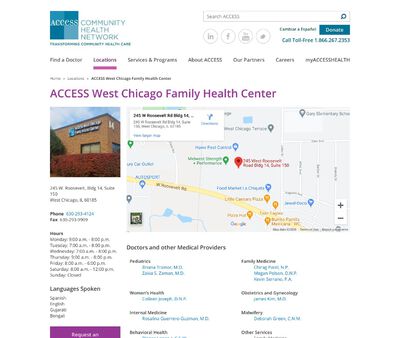 Free services may be available to some patients. Low-cost screenings and treatment might also be possible. Most insurance carriers are accepted, including Medicaid and Medicare.

This is a full-service clinic and it has medical professionals on staff to speak too. If you need a prescription, the doctor will provide one and schedule a follow-up appointment.

This is a clinic that offers all STD testing and treatment services with a caring and qualified staff to assist you before and after the appointment. The site is easy to access next to Westlake Hospital on the corner of Superior St. and N 11th Ave. 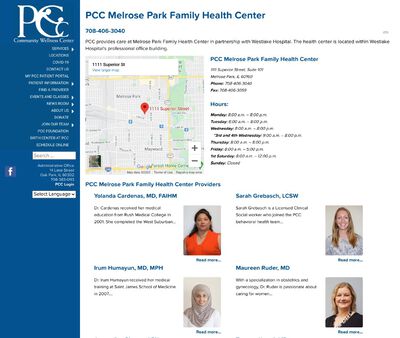 Loyola Medicine focuses on infectious diseases and is part of the Loyola University Medical Center. They offer comprehensive STD screenings and are a full-service provider for HIV and AIDS medical care.

An appointment is necessary for STD screenings. Payment, including copayments, are due at the time of service. Most insurance carriers are accepted at this location.

Following their exam and screening, patients can contact the center with questions and concerns. If necessary, prescriptions and follow-up care is available.

This location has a dedicated staff of medical professionals that provides the highest level of care. Diagnosis, treatment, and check-ups to verify the infection is gone are all offered in the same facility and care team. The clinic is easy to find on Rt 171, has off-street parking, and is accessible by a local bus route. 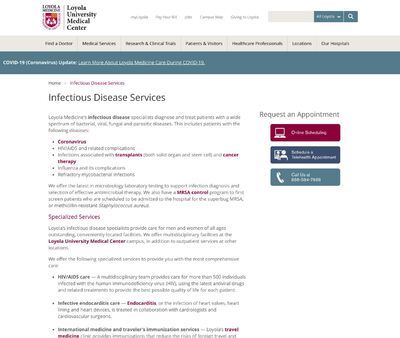 Planned Parenthood has been providing sexual health care and STD preventive care for more than 100 years. Each location has a caring and dedicated staff that offers unbiased, quality medical services. Rapid HIV testing is also available at this clinic, which offers results in as little as 30 minutes.

Planned Parenthood won't turn anyone away for STD screenings and treatment. Free services may be available to individuals that meet low-income thresholds.

A medical professional may be available following an appointment to speak with a patient. If they have questions, they're encouraged to call during regular business hours. Treatment and follow-up care are possible when necessary.

Planned Parenthood's only focus is on sexual health care services. They offer online scheduling for convenience and to reduce the stress of calling and asking for an appointment. They also provide weekend hours, and walk-in services are always available during regular business hours. 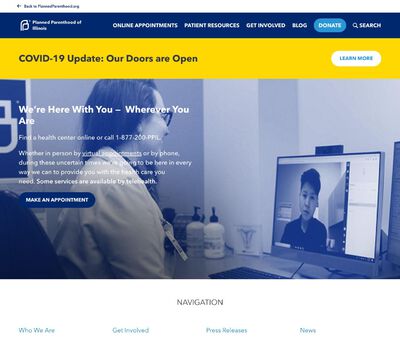 The goal of the Dupage County Health Department's clinic is to educate the public and help stop the spread of HIV and STDs through regular testing, PrEP services for at-risk individuals, and treatment. Additionally, they provide expedited partner therapy (EPT), and counseling services.

Residents under the age of 18 may be eligible for free services. Payment is due at the time of services. Cash, check, Visa, and Mastercard are accepted at this location.

During and following their appointment, patients can speak with a medical professional on-site. Phone services are not possible at this location and prescriptions and follow-up care is available when needed.

The county clinic offers competent, quality care from a caring staff regardless of age, gender identification, sexual orientation, religion, or income. The facility is easy to access at the corner of N Country Farm Rd and Manchester Rd across from the DuPage County Animal Services building. 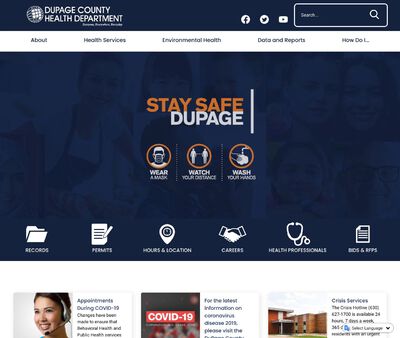