Free STD Testing in the State of Texas

There Are 10 Public Clinics & 3 Private STD Clinics Near You

If you're looking for cheap std testing clinics in the state of Texas to get a HIV, Herpes, Chlamydia, Gonorrhea, Syphilis or Hepatitis screening for yourself or your partner, you can get tested today by selecting an option below to find an affordable std test clinic near you. Same day std testing locations also available with results in 1-2 days. Learn more here.

What are the STI test options in Texas?

As the second largest state in the nation you would expect things to be bigger in Texas, but this does not have to include the rate of sexually transmitted disease. From the hills covered with Bluebonnets and Indian Paintbrush, to the dusty deserts of the Rio Grande valley the great state of Texas is facing a potential STD epidemic.Texas is famous for the Alamo and the lazy Rio Grande River. It boasts rolling hills covered with wildflowers and giant agave cacti in the deserts. The climate in TX is just as varied as the population, but this diverse state is also facing an alarming increase in the reported cases of STDs. This unfortunately includes Chlamydia, Gonorrhea, Syphilis, Herpes, Hepatitis B and C, along with HIV and Aids. These sexually transmitted diseases do not differentiate between different ethnicities, which makes it vital for everyone in Texas to schedule regular STD testing.

AIDS Service Organization. Services for individuals at risk for or living with an HIV positive diagnosis

Public Health Department/Social Services Department. Fee for services is $10.00 (STD ONLY); however, no one is refused service because of inability to pay

Public Health Department/Social Services Department. The $25 for cost STD testing must be paid with cash or a local check. Follow-up treatment costs $10. Do not bill insurance, Medicaid, Medicare or other 3rd party insurers

Public Health Department/Social Services Department. There is a small fee for HIV testing

Not Sure Which Option Is Best For You? Let us point you in the right direction for STD testing in , TX

STD Statistics for the State of Texas

Statistics reported is based on publicly available data sources such as CDC for TX. Data is normalized to accurately report Texas STD Breakdown. Demographic breakdowns are based on STD reporting available at the state level.

The CDC and TX government have both released the statistics for 2013, and the reports show that the number of reported cases is climbing. Thanks in part to recent state budget cuts to the health care programs, experts are predicting these statistics to rise. The sexually transmitted diseases that health care professionals are most concerned about include Syphilis, gonorrhea, and HIV. This is disappointing for some counties that recently reported a significant decrease, and frightening for Jefferson and El Paso counties which are already ranked among the highest in the state.

The newspaper went on to report the following statistics in hopes of making its residents realize the importance of schedule a regular visit to a Texas STD clinic.

When these numbers are compared with the averages for other states, it is easy to see why health care workers are so concerned. What else is worrying is that these are only rough estimates, and only cover 3 of the over 25 infectious sexually transmitted viruses. When the number of reported cases of Herpes, HIV, and Hepatitis are added in, is it easy to see how the Lonestar State unfortunately ranked so high among the national averages for STDs.

One of the major factors that can affect the number of reported cases of STDs is economics, which also affects location and education. Lack of funding is one of the major reasons that certain TX counties are seeing an alarming increase in the number of reported cases of sexually transmitted diseases. Due to a lack of money and support from local governments the counties that are lacking in sexual education typically have higher STD rates.

The majority of public schools in the state use abstinence based materials, if they provide sex education classes for students. While abstaining from intercourse is effective at preventing pregnancy, it does not completely protect against the spread of all STDs. Some of the diseases can be spread without engaging in intercourse.

The state of Texas has a diverse population that includes Hispanics, Native Americans, Europeans, Africans, Caucasians, along with Asians and Middle Easterners. It is the perfect example of the principals America was founded on, and has become a melting pot for people of all cultures, backgrounds, and ethnicities.

The small city and county of Lubbock, TX has been immortalized in country songs, and now it is also gaining attention for being ranked 8th in the state for reported cases of STDs. To make matters even more disheartening, Lubbock county is also ranked 11th out of the other 254. While Lubbock might be a small city, it is not located in a remote location and it still has an average number of free STD clinics. Due to a surprising lack of education about the importance of taking care of your sexual health, many residents of the city and county do not get tested for any transmittable disease.

The ethnic makeup of some of these counties, and many of the cities in TX is also contributing to the increase. The city and county of El Paso do sit on the border of Mexico, and the constant influx of foreigners can add to the growing STD problem. As an example of how important it is too take care of your sexual health, the city of El Paso saw a frightening 69.9 percent increase in the number of reported STD cases between 2005 and 2011 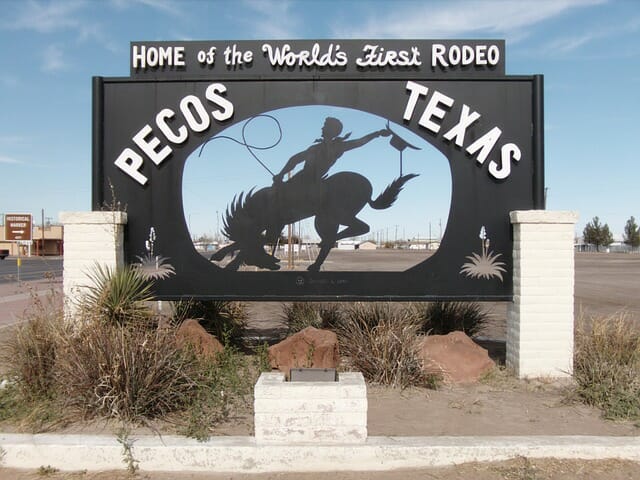 While you are riding the roller coasters at Six Flags or lounging on a raft as you float along the lazy Jacinto River, consider the state of your sexual health. There are a few questions you should ask yourself to prevent becoming one of the thousands of documented STD cases, and the most important one is when the last time you were tested for a sexually transmitted disease. If you don’t want to miss a day exploring this vast state, there is a faster way for you to take care of your sexual health. With one phone call you can schedule confidential STD testing, and only spend a few minutes at a neighborhood lab. This way you still have plenty of time to start exploring this amazing state.