Free STD Testing in the State of Florida

There Are 9 Public Clinics & 7 Private STD Clinics Near You

If you're looking for cheap std testing clinics in the State of Florida to get a HIV, Herpes, Chlamydia, Gonorrhea, Syphilis or Hepatitis screening for yourself or your partner, you can get tested today by selecting an option below to find an affordable std test clinic near you. Same day std testing locations also available with results in 1-2 days. Learn more here.

What are the STI test options in Florida?

Situated between the Atlantic Ocean and the Gulf of Mexico, the state of Florida is blessed with both a hospitable climate and the longest coastline in the Lower 48, which combine to provide it with some of the most welcoming landscapes in the whole of the United States. As a result, it is no wonder that the state sees such a regular influx of visitors, which explains the success of its beach towns as well as the resorts that can be found throughout the Greater Orlando Area. However, this is one of the main reasons that STD clinics and STD testing centers in FL that offer private STD testing so important, which is something that both residents and visitors should keep in mind.

Not Sure Which Option Is Best For You?
Let us point you in the right direction for STD testing in Florida

Please use the map to find a public clinic in , Florida
GO TO CLINIC LISTINGS ABOVE

STD Statistics for the State of Florida

Statistics reported is based on publicly available data sources such as CDC for , FL. Data is normalized to accurately report STD Breakdown.

In brief, Florida has a serious problem when it comes to sexual health. For example, the Miami Herald points out that the state has been seeing new cases of HIV on a more frequent basis even though the United States as a whole has been seeing new cases of HIV on a less frequent basis. This is particularly true in Miami-Wade and Broward Counties, which had the number 1 and 2 spots on a per 100,000 people basis in the entire country for 2014. Even worse, the situation shows no signs of improvement, which is made clear by how the two countries were responsible for 38 percent of the 6,240 new cases in 2015.

This is supported by other pieces of less than encouraging news when it comes to sexual health matters in the Sunshine State. For example, Florida ranked 4th out of the 50 states when it came to primary and secondary syphilis with 7.8 cases per 100,000 people in 2013.

Most of these cases came about because of transmissions from adult to adult, but it is important to note that there were also 143 cases of congenital syphilis between 2009 and 2013.

Likewise, other STD statistics show reason for serious concern, ranging from 415.1 cases of chlamydia per 100,000 people and 107.8 cases of gonorrhea per 100,000 people to reported increases in the rates of acute Hepatitis B and C between 2009 and 2013. The last point is particularly concerning because of a 133 percent increase, which is rather problematic because of the causative relationship between Hepatitis C and chronic liver disease, which has become a leading cause of death among Americans. 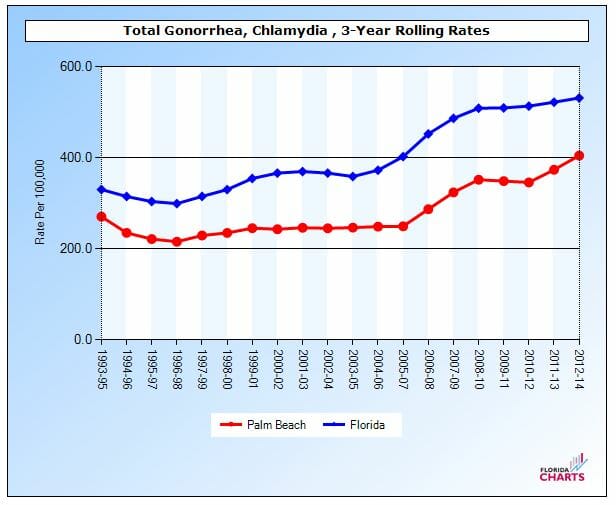 Based on this, sexual health education in the state of Florida seems lacking. This is supported by an offhand mention of a 2013 survey of high school students in a CDC report on HIV, which revealed that 48.2 percent of the students who were surveyed stated that they had sex at some point but that no more than 35.7 percent of them had bothered to use a condom the last time that they had done so. Considering how simple it is to use a condom as well as how serious the consequences of unsafe sex can be, this makes it clear that something is not going right in the state.

This is supported by the rising rate of STDs in recent times in the state, with a particularly striking example being syphilis in Broward County, which has seen a 400 percent increase since 2000. Even worse, syphilis is one of those STDs that people can have without knowing that they have it, so much so that around half of the people who become infected in the United States on an annual basis remain unaware of its presence in their bodies.

Regardless, the current situation in the state shows that no segment of the population is safe from the STD threat. For example, some people believe that STDs are less of an issue for seniors because of less active sex lives, but evidence suggests that this is not true, as shown by a 60 percent increase in cases of chlamydia and syphilis among those 55 years of age and older in South Florida between 2005 and 2009 as well as a 70 percent increase for their counterparts living in Central Florida.

In part, this seems to be because people are living longer, healthier lives, which in turn, means that they are remaining sexually active later and later. However, it should also be noted that both men and women are making use of pharmaceuticals and other products to enable their sexual activities. Whatever the exact cause, this means that seniors who are sexually active in the state should be just as cautious about the spread of STDs as their younger counterparts if they want to ensure their continuing well-being.

Of course, other segments of the population are just as susceptible to the spread of STDs as seniors if not more so, particularly because of the current situation in the state. As a result, no matter who they are, Floridians should make sure to exercise an appropriate level of caution and consideration in regards to their sexual activity in order to protect their sexual health. 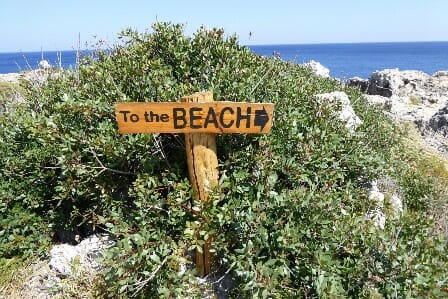 Fortunately, so long as residents are willing to put in the time and effort, there is no reason to believe that they will not be able to protect themselves from STDs and other potential threats to their sexual health. STD clinics should be considered an important component of their plans in this regard, partly because of how said institutions can keep them up-to-date on their personal condition and partly because of how said institutions can point them towards other resources for achieving the same purpose. Regardless, what residents and visitors should remember above all is that STDs are a real threat in the state much as they have always been, meaning that they need to pay attention when it comes to protecting themselves. After all, they are their best line of defense against such threats, meaning that they cannot afford to let down their guard.