Free STD Testing in the State of Illinois

There Are 8 Public Clinics & 3 Private STD Clinics Near You

If you're looking for cheap std testing clinics in the State of Illinois to get a HIV, Herpes, Chlamydia, Gonorrhea, Syphilis or Hepatitis screening for yourself or your partner, you can get tested today by selecting an option below to find an affordable std test clinic near you. Same day std testing locations also available with results in 1-2 days. Learn more here.

What are the STI test options in Illinois?

Whether you are gazing out at the Chicago skyline from the top of the iconic Sears Tower or visiting Abraham Lincoln’s home in the small city of Springfield, the state of Illinois has something for everyone. This unfortunately includes a high rate of Chlamydia, Gonorrhea, Herpes, Hepatitis B, C, Syphilis and HIV. Driving through the state you’ll notice a shortage of STD clinics, even though infection rates are rising. If you want to avoid the long lines at the free STD testing centers in IL., there is an easy way for you to take care of your sexual health. With one simple phone call you can schedule private STD testing, and only spend 15 to 20 minutes at a local lab. This way you’ll have plenty of time to tour this great state.

Description: Public Health Department/Social Services Department. Fees are charged for clinic services before the services are provided. The clinic accepts cash or check payments. Testing is $30.

Description: Community Based Organization. Screening Services are available to the public. Organization also provides emergency assistance to individuals living with HIV/AIDS and case managed by a HIV Care agent. Call (309) 671-2144 to determine eligibility for services. Appointments are available after hours and weekends. Please contact 309-671-2144

Description: Public Health Department/Social Services Department. STD and HIV testing is available to anyone 12 years and older. All testing is confidential, but you will need to bring identification. $15 cost for testing (includes testing for STDs and HIV, and any needed STD treatment).

Not Sure Which Option Is Best For You?
Let us point you in the right direction for STD testing in Illinois

Please use the map to find a public clinic in , Illinois
GO TO CLINIC LISTINGS ABOVE

STD Statistics for the State of Illinois

Statistics reported is based on publicly available data sources such as CDC for , IL. Data is normalized to accurately report STD Breakdown.

While the STD rates do vary across the state, the data indicates that most the 102 counties are seeing an increase in the number of infections reported annually. For some residents this news is surprising, especially those living in rural areas.

Chlamydia rates are up across the state, according to statistics released by county health departments and the CDC. The disease is still prevalent in women, but it is appearing more often in younger females. Teens ages 15 to 18 are among those with the highest risk for contracting Chlamydia, especially in Cook and other densely populated counties.

The statistics also show an increase in reported sexually transmitted diseases in men. Gonorrhea rates have steadily risen in males ages 18 to 22 over the past twenty years, and health officials except this alarming trend to continue. It is not only younger males at risk for contracting a STD, but older men are also testing positive with alarming frequency.

Men over the age of 25 are at an increased risk for contracting Syphilis and HIV/AIDS. Since 2010 the number of reported incidents has more than doubled in some counties. In 2013, the state ranked 9th in the nation for its primary and secondary Syphilis rates. Some of the other statistics that highlight the growing STD problem in the state include, 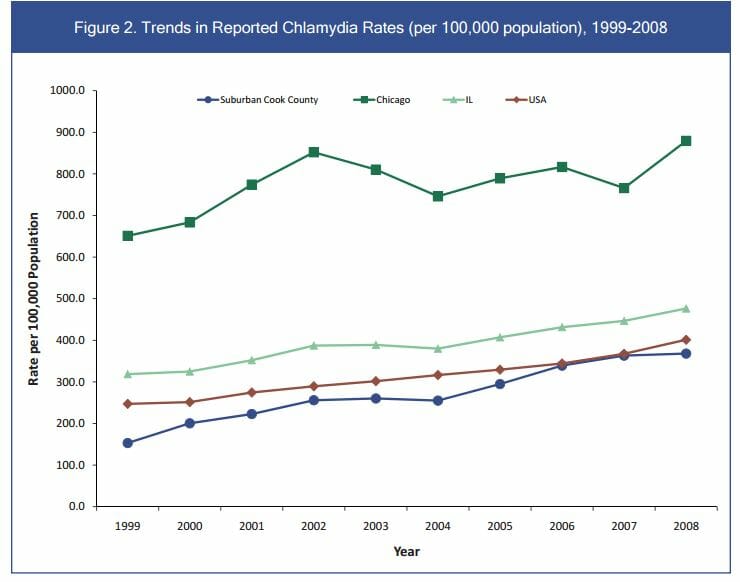 STDs are significantly more prevalent in younger members of the Illinois community. This is often blamed on a lack of education. While public schools are required by federal law to provide students with medically accurate information regarding HIV and other STDs, this is often not enough to keep teens and young adults safe.

Current state law allows individual school districts to choose their own sex education curriculum, if they even offer the classes. Many educators and parents choose to use abstinence based material, even though surveys showed that 61 percent of teens ages 15 to 18 were already sexually active.

The lack of comprehensive sex education in the school systems means that teens are not getting the information they need to protect themselves from sexually transmitted diseases. Instead of receiving information on condoms and other safe sexual practices, students are often taught that abstinence is the best method of protection. While it is the best way to prevent unplanned pregnancies, abstaining from sex will not stop the spread of all STDs.

Illinois is home to a diverse group of residents and several large metropolitan areas. With large concentrations of people living together it can be the perfect recipe for a STD outbreak, especially if there is a lack of education regarding the importance of regular testing.

While an area’s population plays a role in its STD rates, this is not the only determining factor.

There is also a significant disparity between genders when looking at data for Illinois in its entirety. Females are significantly more likely to contract STDs than men. Additionally, STDs, particularly HIV, are disproportionately more common in African Americans when compared to other races.

A significant contribution to the racial disparity in STD contraction rates is poverty. There are more African Americans living below the poverty line in Illinois. This is especially true in particular parts of Chicago. Without access to affordable treatment or sexual health education, it’s difficult for communities to keep themselves safe and healthy. As education efforts increase, clinicians hope to assist at-risk communities in controlling the spread of STDs. The more people in these communities know about the resources and neighborhood STI clinics that are available, the less these diseases will spread.

It is only with increased awareness and education that these numbers will begin to decline. 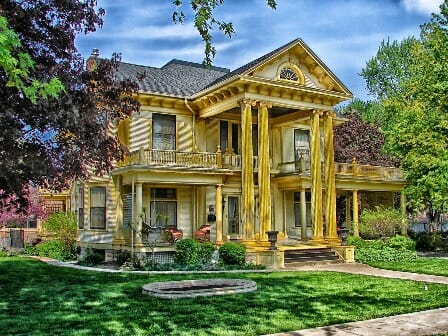 In conclusion, there are a variety of factors that contribute to the overall sexual health of a community. One of the most important factors is communication and access to information and testing centers. Even if you don’t think that you have a STD, it never hurts to get yourself tested just in case. It is only through being pro-active that communities in the state can finally stop the spread of sexually transmitted diseases. We understand that you don’t want to spend hours waiting in line at a community health center, and now there is an easier way. You can make one simple phone call and schedule confidential STD testing at your convenience. This way you only have to spend a few minutes at a nearby lab, which still gives you plenty of time to enjoy your day in Illinois.